Memorial Day weekend is always a little bittersweet for me. On one hand, it marks the official transition into summer, the end to our theater season at the high school, the beginning of goodbyes to all of my graduating seniors, the swimming pools re-opening, and the start of my long-awaited summer vacation! On the other hand, for the better part of a decade, it's been my time to take a step back, reflect, and count my many blessings... because it was on a Memorial Day weekend in 2001 that I almost lost my life.

This past March a woman from our local Red Cross chapter called me up to ask me for a favor. She had heard of my story (I actually don't know who from!) and wondered if I would be willing to share it at a fundraising breakfast. I agreed, and before I knew it I was sharing my life with 350 strangers 4 hours before I usually wake up!

With my 9-year "anniversary" approaching, I thought I'd post the speech so you could get a glimpse of my story (about 4 minutes' worth of it, at least!) and maybe see why I feel so humbled and grateful at this time of year.

Oh, by the way, due to the nature of the event, this speech is mainly about the importance of donating blood, which I am all about! Some of you may have remembered me doing that before. I am always up for a shameless plug. :)

Obviously there is much more to "my story" and all of the factors that lead to my recovery than what's included below, but this is a good overview for now. Enjoy.

My relationship with the Red Cross started in 1997 in my hometown of Detroit, when I donated blood for the first time. I was seventeen when I gave my first pint of blood. My relationship with Ann Arbor started soon thereafter in 1998, when I came here for college. I now live here in Ann Arbor and work for a local high school�s Theatre Guild.

When I first started donating blood, I don�t really know what my motivation was. I think that it was a cross between feeling like it was just something I should do, and using it as a good excuse to get out of class during school blood drives! It didn�t become something personally important to me until later, when I found myself on the other side of the blood-donation experience.

In May of 2001, right after my junior year of college, I was riding down to Florida with a group from my church to work at an engineering internship at Lockheed Martin. About halfway there, the driver of my car lost control and flipped the car several times. While everyone else in the car was fine, I suffered extensive injuries, including a crushed right hand, a collapsed lung, and a broken neck.

My broken bones didn�t end up being life-threatening, but that night I still ended up in critical condition fighting for my life due to a large gash on my head. Since head wounds bleed profusely, I lost blood very quickly. When I got to the emergency room, my blood pressure was dangerously low, and I was delirious.

Luckily, I received a lifesaving blood transfusion within a couple of hours. I was given six units, or pints, of blood. To put that in perspective, a woman typically has about ten pints of circulating blood, which means that I needed 60% more blood in my body right away. Over the next few days, as I got stitched up and had various surgeries, I received four more units.

I think a lot about the donors whose blood I received. Although I will probably never meet them, they literally saved my life. If the hospital had not had their blood on hand for me that night, I might not be standing here today.

My car accident occurred over Memorial Day weekend. I often think about how it probably doesn�t occur to many people to donate blood before a holiday; I mean, I am usually preoccupied with vacation plans or finishing up work. But those ten people took the time to donate blood instead of planning their long weekends, and because of that, I was given the chance to survive.

Due in part to their generosity, I made a full recovery, and even returned to college that fall for my senior year. Here I am, almost 9 years later, and my accident is now just a distant memory with a happy ending, as opposed to the tragic alternative.

I am not a risk-taker. I would not have predicted that I would ever need a blood transfusion. I was just a college kid going to her internship and something crazy happened. People just like me need blood all the time. Blood donors may not feel like they are impacting lives because they can�t immediately see the outcome, but I am proof that they make a difference. I will always be thankful to the donors whose blood became mine.

If you�ve ever considered donating, now is a great time to do it -- Spring Break and Memorial Day are around the corner, and there will be many people traveling to vacation spots all over the country. With more drivers on the road, there will be more accidents like mine, and more people like me who may need blood to save their lives.

I didn�t expect to become an advocate for blood donation, but I am happy to be here today! I make it a point to donate as often as I can. I have also convinced many friends to get over their fears of needles or to make time to donate because it�s become a cause so close to my heart! Plus, once people start donating, they realize how easy it really is to help save a life! 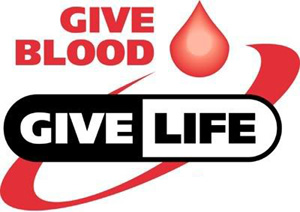