It's only been a few weeks, but so much has happened! Some day I'll get around to all of the updates, but in the meantime, I wanted to share with you all a feature on my digital camera that I just discovered. :) It's called the "Happy Face Retouch".

The purpose is to make your subjects look like they are smiling when they aren't. It's actually a pretty impressive piece of technology, considering that it can detect faces and alter them relatively appropriately. Is there anything those Japanese engineers can't do?

Although I can't think of an instance where I, personally, would use it, I can see how it'd be helpful for some picture-takers, especially when taking candid photos. What if you get a nice shot of an otherwise happy person in an uncharacteristically solemn moment? 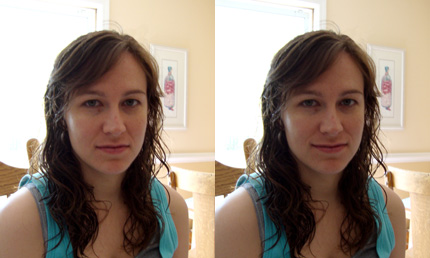 Demoree: before and after. She looks a little happier in the after, wouldn't you agree? It's pretty cool, right?

That was retouched using Level 1. There are 5 levels of "Happy Face Retouch", and, of course, once we discovered it, we couldn't just stop at Level 1! .
Mouse over the following pictures to see Happy Faces Level 5 in action!! 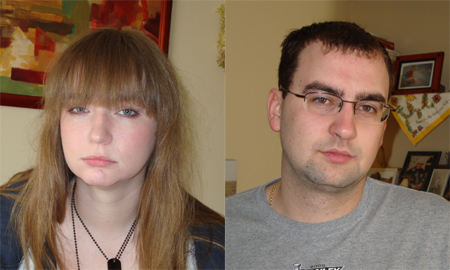 Karen and Brian transform from serious to... partially paralyzed? 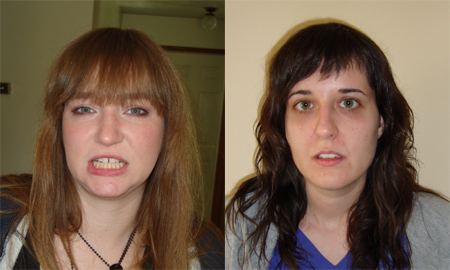 Karen and I found out nothing good happened when we showed a little teeth. 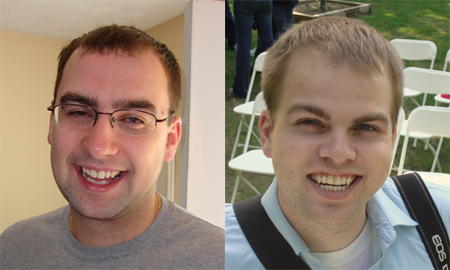 And, for the Grand Finale: Brian's and Mike's smiles go from big to... freakish!

.
Yikes! Hope you enjoyed that!

Seriously, though, I am super impressed with this little point-and-shoot camera. :)