Oh, dear friends, I am so sorry it's taken me so long to update. I know I go through this every fall, but how come I can never remember how busy the school year is? It must be like childbirth-- the joy of it being over makes you forget all of the pain...?

I am going to back-date the next few of these, just so they aren't so embarrassingly far past when they actually happened. It'll be obnoxious now, but don't worry, in a few years we'll forget all about it!

This first update is about something super significant in my family: my brother Dante got married! Wow! A kid in my family actually got married! Here he is with his beautiful bride, Olga, at their late-August wedding: 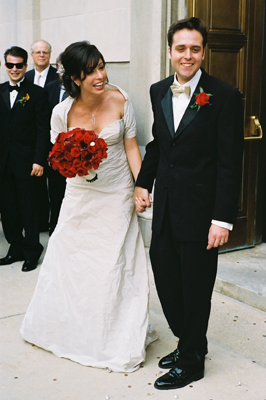 I think the easiest way to describe my wedding experiences is just to list them. Sorry, but at the end of the day, I am still a scientist, and flowing paragraphs just always aren't the easiest way for me to express myself!

Dante spent quite a bit of time unifying all of the graphic design for the wedding, and it turned out really well. He picked two birds as their main symbols, and used different variations of the birds on a gold background with black-and-white Asian-inspired graphics. The save-the-dates had the birds flying near a floral branch; the wedding invitations had the birds landed on the same tree; the thank-you notes had the birds kissing beaks. Always together, always growing closer, always beautiful.

For our bridesmaid gifts, Olga gave us each a silver charm necklace with their "wedding logo" on it:

But this time it was just one bird. Olga explained that they tried to get them made with two birds and it didn't look right, but it was hard not to read it as (especially since all of her bridesmaids were single), "Here, you go, you lone bird you". :) Either way, I still wear it and think it's cool!

This past summer, my mom started to become more and more confused about the discology of the (incredibly talented) band Journey. It started when I came into town for one of Olga's bridal showers and mom excitedly told me, "I bought a Journey album!" I couldn't wait to listen to it; but unfortunately it turned out that she had actually bought the Air Supply album instead.

Then, the night of the rehearsal dinner downtown, mom kept telling people, "If the rehearsal ends early enough, we should head down to the riverfront for a free Journey concert!" Luckily the rehearsal did not end early or else everyone would have been surprised to see Foreigner (the band that was actually playing) instead.

Finally, by the reception, I thought that mom had learned her lesson. When the DJ started playing "Faithfully", my first instinct was to find her. I exclaimed, "THIS is Journey!" to which she replied, "Really? I thought it was Bryan Adams." !!

While Dante and Olga looked like they just stepped out of the pages of Vogue Weddings, I somehow ended up looking a lot like Valentine's Day Barbie (er, Teresa, her brunette friend). 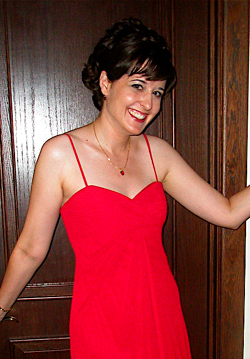 Olga let us pick out our own (cherry red) dresses, so it's my own fault I suppose... somehow I picked a sweetheart-neckline, red heart jewelry, a crown of curly hair, and purple eye-liner. I suppose it was just a matter of time before the decade of playing with Barbies started directly affecting my life!

I had the following conversation with one of Olga's cousins and his wife as I was desperately looking for a bathroom at the reception:

Cousin: "You have to tell me... are you guys twins?"
Ciara: "Who?"
Cousin: "You and Dante!"
Ciara: "Oh, that's not what a young lady wants to hear; that she looks like her older brother!"
Cousin: "I know you're not actual twins, but you know what I am saying"
Ciara: "Unfortunately, I do"

I've been getting that since I was 10-years-old!

During dinner, at the head table, I was cutting my delicious pork and ended up flinging a piece (covered in gravy, of course) into my lap. Thankfully, most of it landed on my napkin (hey, I know I am a spiller) and only Davidde's date Kelly noticed. But I think we can all agree that things like this are the reasons I don't get invited to nice places!

While waiting for dessert, we realized that Davidde was not aware that there was a wedding-related brunch the next morning and that, as a groomsman and brother, he was expected to go. Kelly and I jumped on that opportunity, convincing him that he was required to give a speech there. It was surprisingly easy to completely freak him out! But don't worry, we told him the truth before it was too late!

Per tradition, the wedding party was asked to the dance floor for a special dance, but Olga had told us we could dance with whomever we wanted to. I picked my grandpa, but beforehand bet Kelly $10 that he would tell me within 15 seconds of dancing with him that I need to take dance lessons. Sure enough, I won. :) Apparently my tap class last spring didn't help my ballroom rhythm!

During the bachelorette party, all of the guests were supposed to bring memories and inspirational love poems to share with Olga. The "poem" I picked happened to be the lyrics to Rick Astley's "Never Gonna Give You Up", which I believe has some amazing wedding-vow-esque words:

Personally, I would be incredibly moved if a man vowed those things to me one day! The girls at the party thought it was hysterical, and so I played the song for them on YouTube, surprised that they have never been rick-rolled (a internet prank where you send the link to his video out under the guise that it's something else, like as "Look at these cute puppies!").

As it turned out, "rick-rolling" became a big hit amongst Dante and Olga's friends after that, so when the DJ asked for requests, what else was I do to? I rick-rolled the entire reception. :)

How could I end this wedding update without picture of Dante and Olga's faces blended together (awkwardly) to get a preview of what their future children could look like? I mean, it's only one of my favorite activities! 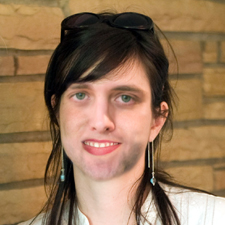 And Dante, here is your strapping young lad: 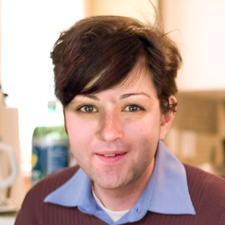 Hope you enjoyed these stories a fraction as much as I enjoyed the wedding! Congratulations to my brother and new sister-in-law!