Alrighty, guys, I guess I've given you enough time to submit your captions. :) Thank you to my 6 friends (Mike, Kevin, Rachel, Joel, Joy, and Brian) for your 17 submissions to my 6 pictures. I appreciate your efforts! It's because of you that I will have the strength to go on (with diaryland!).

Without further ado, here are the ones that I chose. I have also included what I would have captioned the pictures with if I had just done them all so you can see how they compare (and most of the ones my friends wrote were way better!). Also, I chose not to pick a "winner" to the pictures that I only had one or two submissions for, just because that didn't seem... fair somehow. It all makes sense in my head! Hm, I guess I lied about that "without further ado" stuff up there; I definitely have ado'ed! 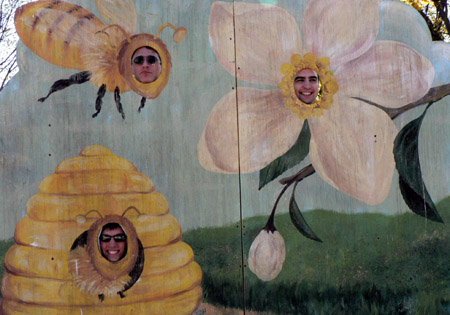 Joel's-
Frankie Flower smiled nervously. He had no idea what to expect from his first pollination.

Close 2nd, Kevin's-
Despite having only one static set piece and 3 post-graduate male performers, the musical of "Nasonex - Goodbye to Seasonal Allergies" turned out to be quite entertaining. 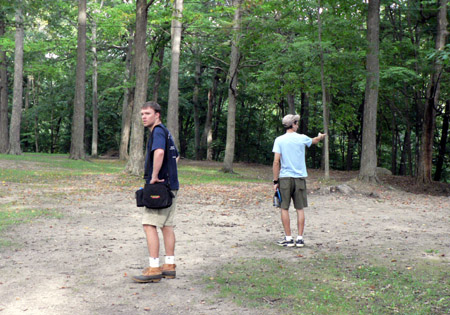 Rachel's-
"Hey, why to you think Ciara's grandfather drove us off into the middle of the woods after we asked him about his family business?"
(ah, everyone loves a good mafia joke!) 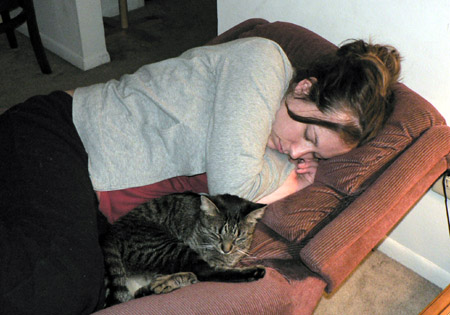 Not enough entries! Sorry! Wait, why am I apologizing? :)

Mine-
If Zooey had her way, she'd always sleep in a pile of kitties. For now, Demoree'll work just fine. 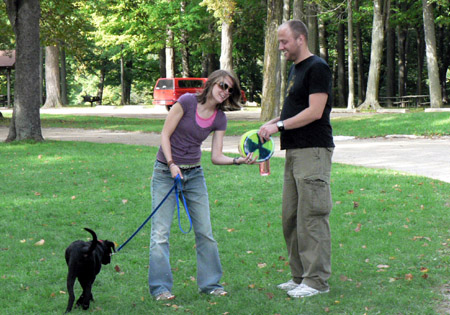 Kevin's-
Every time Colleen takes her dog and husband to the park they just want to run around and play with their toys. 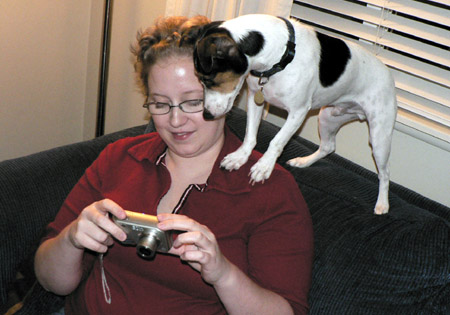 Joel's-
Jaime was excited - she hadn't made a sale in weeks, and this customer genuinely seemed interested.

Close 2nd, Kevin's-
Riley is a well trained dog. Jaime's actually trained him to pretend to be interested in the things she's doing.

Mine-
Riley: "Wait, momma, go back to the last picture... are my bajangles showing??!" 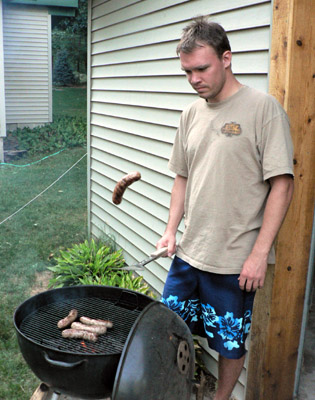 Joel's-
It was less than a month since his birthday, but Nick was already bored with the "Amazing Levitating Sausage."

Mine-
Nick, trying to see if the bratwurst were really "Lite" like the package claimed.

Thanks, guys! You all (even those who weren't featured here) gave me lots of smiles!